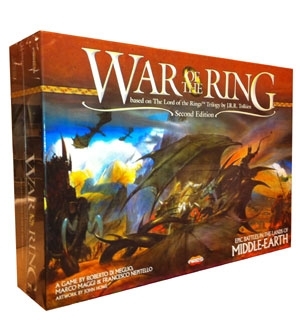 War of the Ring (2nd edition)

War of the Ring (2nd edition)

The War of the Ring is a grand strategy board game that allows its players to immerse themselves in the world of J.R.R. Tolkien’s THE LORD OF THE RINGS™ and experience its epic action, dramatic conflict, and memorable characters.

As the Free Peoples player you command the proud hosts of the most important kingdoms of the Third Age. From the horse-lords of Rohan to the soldiers of Gondor and the Elven lords of Rivendell, you lead the defense of the last free realms of Middle-earth.

Face the evil minions of Sauron on the field of battle in a desperate attempt to delay their onslaught, while you lead the Fellowship of the Ring in the Quest for Mount Doom.

As the Shadow player you lead the hordes of the Dark Lord and his most powerful minions as they try to bring darkness to Middle-earth. Legions of Orcs, Trolls, Wolfriders and the dreadful Ringwraiths await your command. Hunt the Ring-bearer and bring the precious Ring to his Master, or crush your enemies with your unstoppable armies.

This is your chance to forge the destiny of an age...

War of the Ring is a game for two to four players, based on J.R.R. Tolkien’s The Lord of the Rings™.

The players take part in the struggle of the armies of the Free Peoples and the heroic Companions of the Fellowship of the Ring against the dark host of the Shadow and the powerful Minions of the Dark Lord.

In a two-players game, each opponent will lead either the Free Peoples or the armies of the Shadow, while in a three- or four-players game, the players will be organized in two team, each team controlling either faction.

In each game of War of the Ring, the player controlling the Shadow attempts to use his superior military power to conquer Middle-earth.

At his command gather Sauron’s legions of Orcs and Trolls, the forces of the wizard Saruman, and the hosts of the Southrons and Easterlings, set to bring darkness over the West.

Against this onslaught, the Free Peoples player leads an allegiance of Elves, Dwarves, the riders of Rohan, men of Gondor, and men from the North—a fragile union trying to defend the last free realms of Middle-earth, and to gain precious time to allow the success of the Quest of the Ring-bearers.

While armies clash, the nine Companions of the Fellowship of the Ring travel towards the very heart of the domains of the Dark Lord—Mount Doom—to destroy the One Ring in the Mountain of Fire.

Controlled by the Free Peoples player, the Fellowship is his true chance of winning, as the military forces of the Shadow will be vanquished together with their master if the Ring is undone. But the Quest is fraught with ever greater perils, as the Darkness falls over Middle-earth…

In the end, one side will emerge victorious. 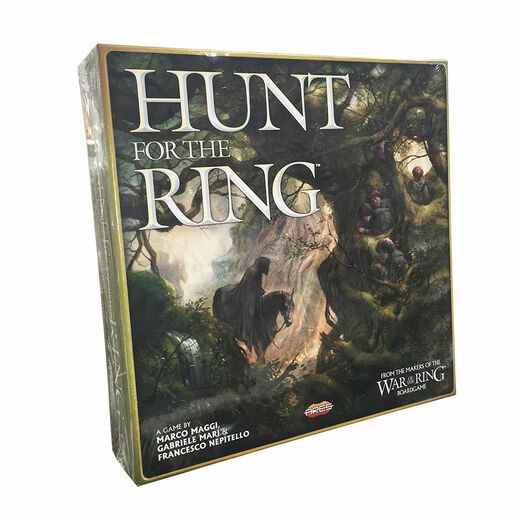 Hunt for the Ring (ENG)

Hunt for the Ring (ENG) 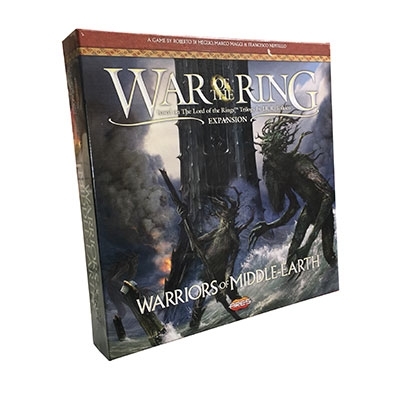 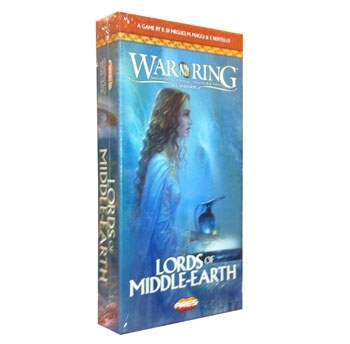 War of the Ring: Lords of Middle Earth exp.

War of the Ring: Lords of Middle Earth exp. 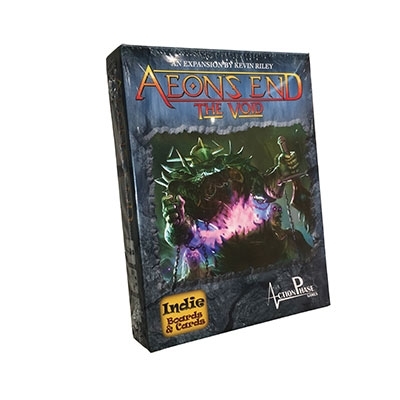 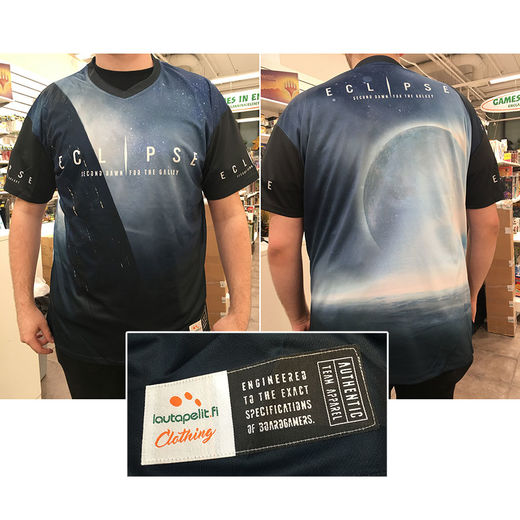